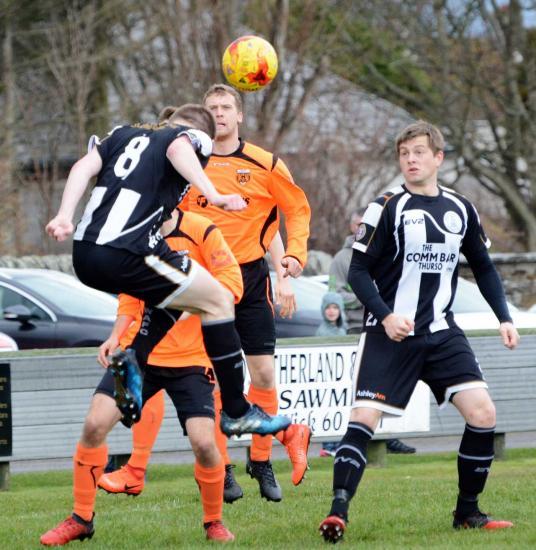 James Pickles saved Academy's blushes after a game that they will want to forget.

The Orcadian was on hand, to poke the ball past a defender on the goal line. But the embarrassment over his team's lamentable display in general, was tangible in the south stand.

It was as bad as it was good for the visitors who must have viewed their visit north, with some trepidation given the difference in the team's lowly position in the league table.

The fast-breaking Rothes outfit quickly became aware that their opponents were not as good as their reputation and that they could get something out of the 90 minutes and as things progressed, their reading of the situation was confirmed.

Academy who sometimes blow hot and cold, slipped back into their bad ways, long balls up the park, and not a lot to show for it. Both teams got nothing from early pressure and corners and, not surprisingly, it was Rothes who netted first.

Gordon MacNab curled the free kick ball over the wall into the inside right netting leaving the keeper powerless, in the 24th minute.

Rothes took control, but if Academy had a game plan, I for one was unable to figure it out. Slow build-ups and hesitation in the final third about where to go next, didn't give the opposition's defence too much to worry about. The buzz word in the south stand was creativity - the lack of it.

Academy had a good chance before the interval but the header was secured by Rothes keeper, Andrew Ross, who seemed to have springs under his boots.

Both teams had chances in the second half and James Pickles eased supporters' tension when he got a toe to a pass from the left and steered it net-ward past the defender, at a stretch.

Alan Farquhar made a welcome return to the defence but still missing was speed merchant, Davie Allan. Would he have made a difference, I would like to think so, but who knows.

Maybe, we'll just have to put Saturday down to end-of-season blues and hope the team can shake them off, if not against Turriff, on Saturday, then, surely by the time the new season comes round.

Wick Academy 2 Formartine United 2 ACADEMY shook off their recent poor form to grab a well-earned share of the points on home turf against one of the Highland League's strongest sides, in the final of the season at Harmsworth Park, on Saturday.   Quick- moving United monopolised the early play and were rewarded with a lucky Scott Ferries strike in the 10th minute which crept over the line after a deflection.
[Football]
27/3/2017