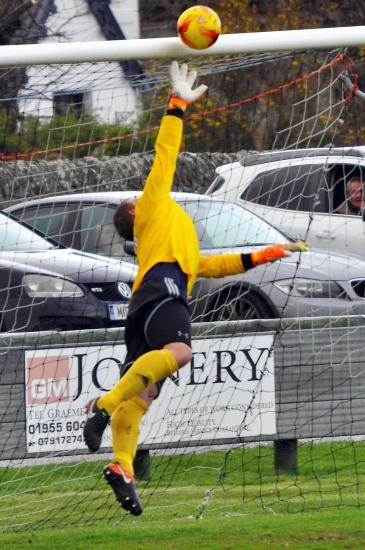 ACADEMY shook off their recent poor form to grab a well-earned share of the points on home turf against one of the Highland League's strongest sides, in the final of the season at Harmsworth Park, on Saturday.

Quick- moving United monopolised the early play and were rewarded with a lucky Scott Ferries strike in the 10th minute which crept over the line after a deflection.

Academy came more into things in the latter part of the first half and a well-taken penalty by Gary Weir in his last game with the club, evened things up. (He notched up 168 goals in his 14 years with the club) The celebrations were short-lived as the visitors regained their lead minutes later, courtesy of Liam Burnett.

There was no trace of end-of-season apathy as the Scorries kept up the fight and it was Sam Mackay who took them to the break on even terms. He slipped on the wet surface after good work on the left, but recovered to go on to drive the ball home from close in.

Both sides battled for the winner in the second half and Academy scorned a free-kick opportunity in the final stages but the draw was probably a fair result. Both sides retained their positions in the league table - United finishing fourth and Academy in eighth place.