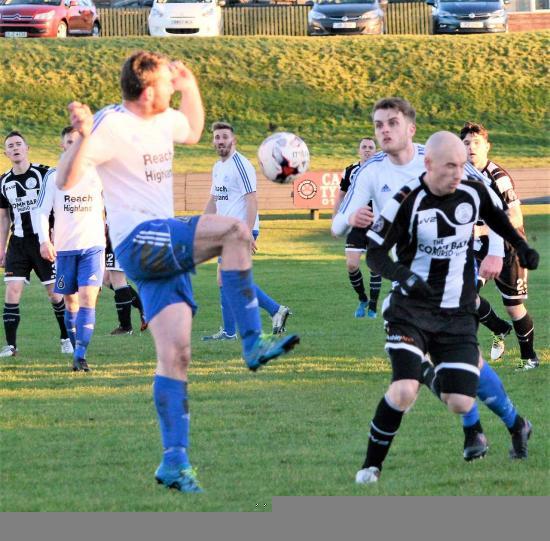 WICK Academy's rich vein of success ran out on Saturday but few fans would have anticipated the result being a rout.
County were worthy winners netting five times to Academy one, the club's worse defeat since 2014. Nairn's lowly position in the league table - thirteenth- make such the defeat even harder to bear.

Wick seemed to have no answer to the incisive attacks of their opponents whose Mac. clan members were on song and it was only Stephen Anderson's second-half goal which avoided a whitewash.

The Scorries, who looked far from the consistently dangerous side that took six league scalps on the trot, were rocked by Nairn's opener in 10 minutes, Jack MacLean delivering the first of his match double.

Academy toiled on and with a bit more focus in the box the result might not have been quite so embarrassing.
If supporters thought that their team was still in with a chance,given a half-time score of 0-1 then hopes were cruelly dashed in the second period. A rapid one-two by Kenny McKenzie and Jordon Macrae in the opening minutes had Wick on the ropes and three more and they were 'out', as cold as the plummeting temperature at Harmsworth Park.

Stephen Anderson's goal did provide a flicker of incentive from his team but it didn't produce the desperately-needed goals. Jack Maclean netted his second and Wayne Macintosh made it five in injury time.

Verdict - Taking the phillisophical view... Academy were bound to be beaten at some stage and Saturday is best put down to a bad day at the office. Next week's work is Deveronvale, away.

Wick Academy 2 Forres Mechanics 2 Reporter Noel Donaldson THIS was a day more suited to those with webbed feet rather than footballers but both sides defied the elements and gave their fans their money's-worth.   The Scorries, building on their return to form, but without key personnel, Alan Farquhar and Davie Allan, drew first blood early in the uncompromising wind and rain...
[Football]
13/12/2016