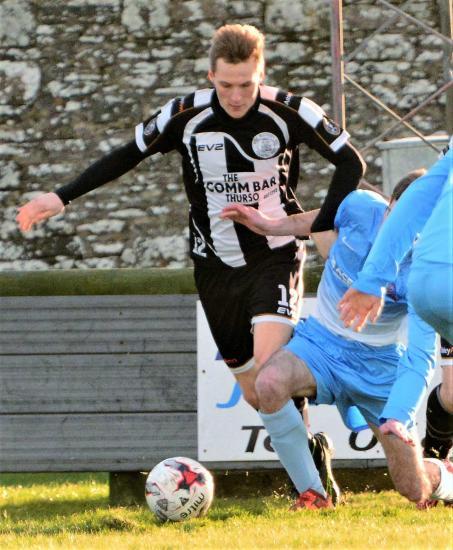 IT was one of those days....no matter how hard you try, you don't get the breaks.

That could have been the epitaph for Academy's premature dispatch from the Breedon Highland League Cup competition.

On another day, Richard Macadie's first-half rocket would have dipped in under the crossbar and stretched the netting instead of rebounding off the woodwork.

On another day, Steven Anderson's well-aimed strike would have found its mark instead of being diverted by the keeper's finger tips.

On another day, one of the Academy players involved in a free-for-all, second-half stramash on United's doorstep would have got a telling touch to the ball before it got a panic clearance.

And on another day, Steven Anderson's persistence or Sam Mackay's mazey runs through the centre would have borne fruit.

At 1-0 courtesy of Turriff's captain Cameron Bowden, an equaliser could have been potentially secured, overtaken, even, but despite Scorries' second half pressure on the South Road end, there was no reward or rub of the green.

The fact that Turriff just shaded it, did little to console Academy or their supporters. As always, it only takes one goal to win in the absence of any reply.

Verdict- A disappointing outcome but best forgotten with the return to league business against Lossiemouth, away, on Saturday.