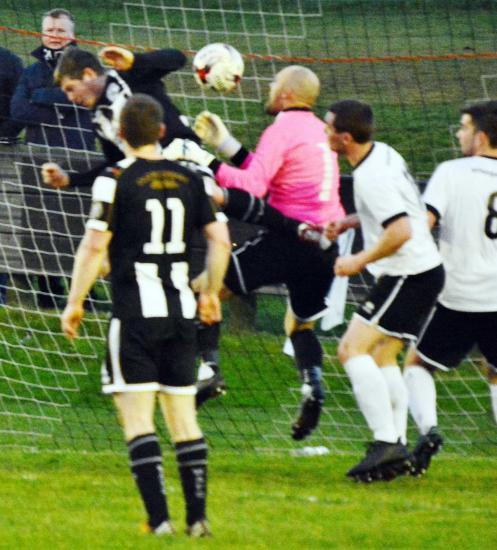 BOTH sides were clearly up for it in the first half but neither team was able to beat their respective defences and keepers who were very much on their game.

While it made for an entertaining first half, supporters could have been forgiven for starting to fear things might play out for a goal-less draw..

Not to be, though as was demonstrated in the second period and it was Academy who broke the deadlock. Sam Mackay was tripped on the edge of the box and curled a superb free kick round the wall which the keeper got a touch to but couldn't hold.

Stephen Anderson gave his side a two-goal cushion in the 76th minute with a streak down the left, outsmarting two defenders before netting.

Credit to Clach for sticking to their task but Davie Allan put the game beyond Clach's reach, four minutes later getting a second chance after the keeper blocked his first strike from close in.

Liam Shewan pulled one back for the visitors just before the whistle to avoid a white-wash.

Academy are away to Huntly on Saturday.

Wick Academy 1 Nairn County 5 Reporter Noel Donaldson.   WICK Academy's rich vein of success ran out on Saturday but few fans would have anticipated the result being a rout.
[Football]
14/11/2016