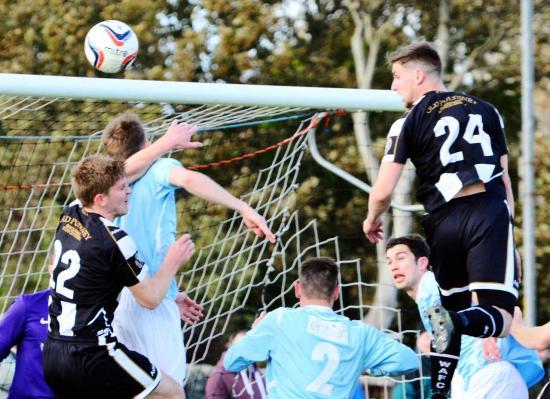 ACADEMY supporters' hopes were doubtless high that the miracle mid-week comeback by their team against Forres Mechanics, would be the catalyst to getting to grips with their home results jinx.

In the event, the encounter with a well-marshalled Broch outfit was something of an anti-climax, Academy unable to replicate anything close to that scintillating 5-3 performance - underlining their inherent lack of consistency and failing to secure a draw even, in a game that was no classic.

With title challengers Cove Rangers away, being Wick's next hurdle, local fans could be pardoned for viewing it with some trepidation not to mention the home encounter with league table supremos, Buckie Thistle, the following week. Will Academy blow hot or cold?

The Fraserburgh meeting at Harmsworth Park turned out to be a day when goals were thin on the ground and Academy were lucky with their let-offs, which avoided making the marginal scoreline more decisive for the visitors who, to me, looked the sharper performers.

However, both teams were guilty of bunching in one side of the park for spells which didn't make for open, entertaining, football.

Fair to say, though, that, with Wick playing their third match in a week, one of which was an away fixture, the progressive demands might have been a contributing factor in their performance.

Just when it looked as if the game might play its way out to an unimpressive draw, Paul Campbell proved their long trip north didn't turn out to be roch for the Broch by putting the ball where it counts, in the 78th minute.

Fraserburgh's Harris, who scorned a second-half chance, was sent off in extra time.

Reporter Noel Donaldson Wick Academy 3 Keith 1 A SECOND, consecutive match hat-trick from Sam Mackay secured all three points for the Scorries and was a further step forward in recovering their home form.   Keith were no pushovers, however, and stuck to their task right to the final whistle.
[Football]
2/10/2016