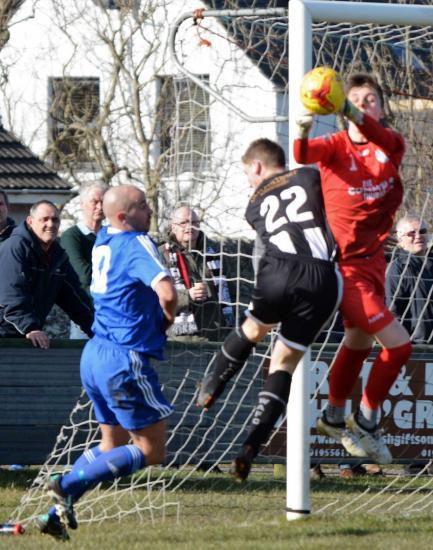 ACADEMY were robbed of a points share by a late Cove strike in the dying minutes.

Just when it looked like the Scorries had done enough in the ding-dong battle to justify the draw, Rangers Blair Yule struck!

His team-mates had an added reason to celebrate, as the goal was a crucial component in their title chase - but a bitterly disappointing end to Academy's 90 minutes effort.

Cove got their game off to a brisk start and pressed for an early opener. Academy keeper Danny McCarthy was tested but the Aberdeenshire outfit got nothing for their possession and repeat corners.

However, their persistence earned them their first goal in the 27th minute, Eric Watson the provider. But if the wee Rangers thought the remainder was going to the 'easy, easy' the delusion was brief, Danny Mackay levelling for Wick and team-mate Marc Macgregor taking the side into the break 2-1 up.

The teams were no sooner back in action when Paul MacManus levelled for the Aberdonians through a penalty and it was game on for the all-important decider.

There were near things at both ends before Yule broke the deadlock with his 86th minute decider, to keep Cove in title contention, two points behind table leaders Brora Rangers,

Academy are at home to Strathspey Thistle on Wednesday night.