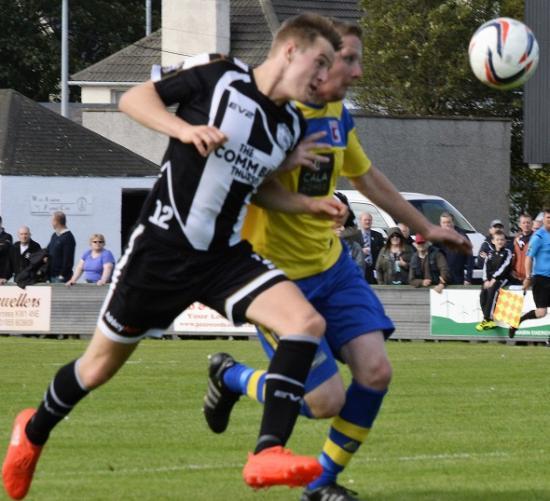 THIS certainly fell far short of Academy's best performance and Locos, on the other hand, will have rightfully felt cheated at not taking all three points, given the efforts they put in.

Failure to capitalise on their equaliser during repeated onslaughts on the Scorries defence and some sharp keeping by Sean McCarthy denied the visitors the spoils.

Buoyed by a emphatic, mid-week win against Strathspey, it looked as if Academy might build on their disappointing home record, when a cut back from the right, in the 14th minute teed the ball up nicely for on-form Richard Macadie to ramrod into the far corner.

But it was a case of flattering to deceive and the Scorries frequently found themselves under the cosh with a slick, fast moving, organised outfit, intercepting passes and catching Academy in possession. Following a couple of let-offs at the Harrowhill end, the predictable happened, Stephen Jeffrey netting from close in, to level things in the 25th minute.

Contrary to it being a game of two halves, it was, at times, played in one half of Harmsworth Park which didn't make do anything for entertaining football.

Locos were a physical side and some tackles, which the Wick support felt, should have warranted a yellow card, went unchecked. Maybe there were enough yellows being flashed on both sides and referee, Alan Proctor, did finally give Locos' Soutar his marching orders in the dying minutes.

Academy, with their tendency to blow hot and cold, travel to Ft. William on Saturday and, hopefully, will return to winning ways with that, deadly, open, flowing football that can strike fear into the best of the league's teams.