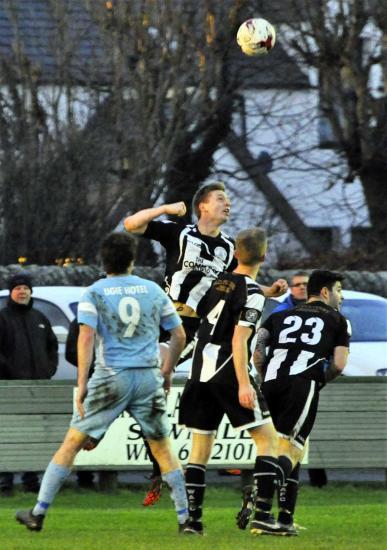 A SECOND, consecutive match hat-trick from Sam Mackay secured all three points for the Scorries and was a further step forward in recovering their home form.

Keith were no pushovers, however, and stuck to their task right to the final whistle. Academy playing towards the Harrowhill end goal, took the lead following a promising start, Sam Mackay slotting home from the spot after Davie Allan was upturned in the right side of the box.

Academy came under pressure as Keith pressed for the equaliser and Luke Barbour levelled things before half-time with a simple tap-in from keeper Sean McCarthy's best efforts.

The entertaining fixture swung back in Wick's favour in the second 45, dominating for most of the the period..

Man-of-the-match Mackay struck his second and went on to complete his hat-trick with a superb free kick putting the encounter out of Keith's reach despite their best efforts to try to make the scoreline a little more respectable.

Academy, now fifth in the league table, are away to Turriff on Saturday.

Wick Academy 3 Clach 1 Reporter Noel Donaldson BOTH sides were clearly up for it in the first half but neither team was able to beat their respective defences and keepers who were very much on their game.   While it made for an entertaining first half, supporters could have been forgiven for starting to fear things might play out for a goal-less draw..
[Football]
9/10/2016