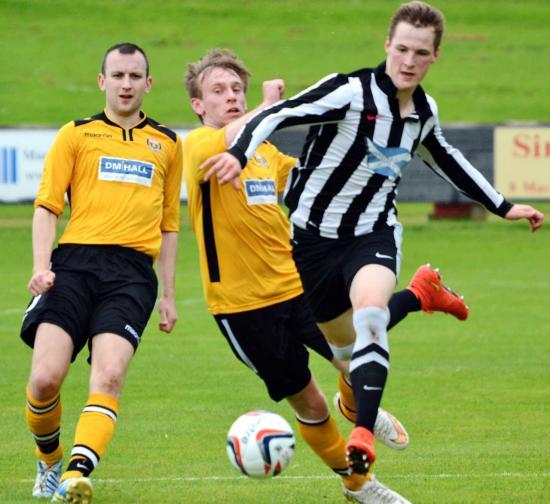 THE Fort must have been dying to hear the ref whistle time-up before Academy made a humiliating defeat even more embarrassing by taking their score into double figures.

The Scorries put down a marker when Gary Manson open their account in no less that three minutes and Danny Mackay and Steven Anderson made it 3-0 before the break.

The second period brought more misery for the visitors who had no answer to Academy's goal machine, churning out a further five, Steven Anderson clinching a hat-trick in the dying minutes after an Ian Maclennan strike gave the luckless Aberdeenshire side, a consolation crumb of comfort.

Wick will, however, encounter stiffer opposition when they travel south on Saturday to challenge one of the league table leaders, Turriff.