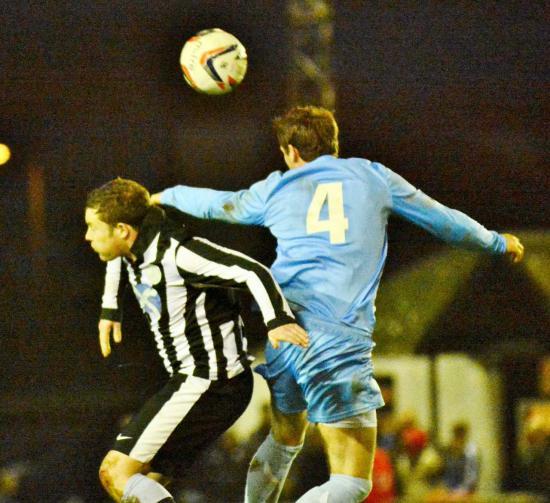 THE last-minute strike by Gary Harris denied the Scorries a share of the points and ended their 14-game unbeaten record in a seven-goal ding-dong thriller before a bumper crowd at Harmsworth Park.

The tension was tangible as United levelled the scoreline at three all, with a couple of minutes of injury time left, and local supporters doubtless content to settle for a share of the points.

However, in a riveting match in which the lead changed hands as often as a pass-the-parcel party game, it was clearly, not going to be over, until the final whistle.

Turriff put down an earlier marker with an Andy MacAskill's strike in the 11th minute but were unable to add to it, despite having the best of the play for most of the first half. Davie Allan netted, however, before the break to keep Academy's hopes alive.

Goals from both sides in the second period, including a second from Allan, made it impossible to bet on the outcome which left the Wick fans streaming out of the ground feeling "we wiz robbed".