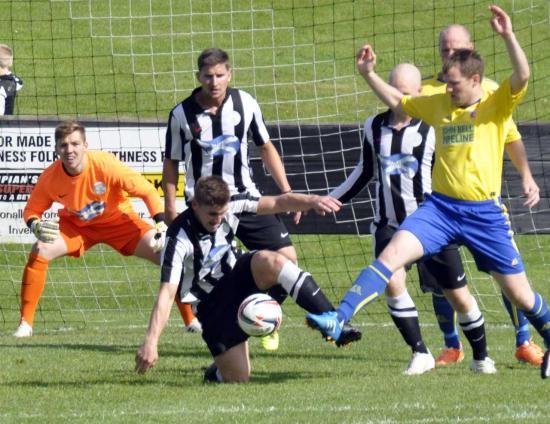 A NINE-goal encounter but no thriller for Academy's fans as the bulk of the strikes were down to their opponents, in one of the Scorries' heaviest home defeats.

It began optimistically for the home side with Jack Halliday netting from close in, in 17 minutes, but the early promise was painfully snuffed out, when, in a nightmare few minutes Locos scored three times and David Ross rubbed salt in the Scorries' wounds by making it 4-1 before the break, from a rebound.

Give Academy their due, they didn't throw in the towel and a Gary Weir strike early in the second period, helped to keep the heads up, although it was game well and truly over, by then.

Physically-strong Inverurie added a further two goals to their tally with Sam Mackay hitting a consolation reply from the spot, before the final whistle, to make the defeat a little more respectable.

Wick have little time to lick their wounds as they face another tough challenge, Nairn at Harmsworth Park, on Wednesday night.