Blue do for Lilywhites as they crash out of Cup 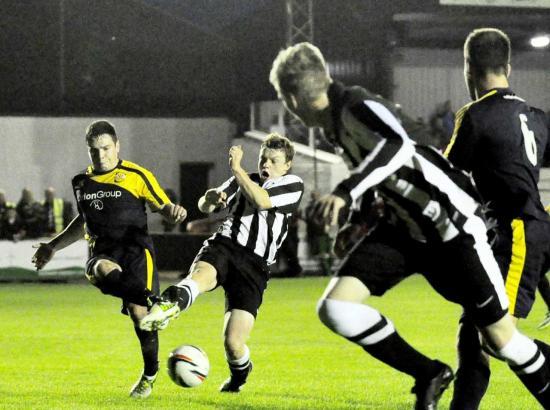 WICK got off to a perfect start through a Gary Weir strike in the opening minutes but it didn't deter the visitors who demonstrated they wanted that semi-final North of Scotland Cup slot just as much.

The two teams served up an entertaining 90 minutes, which, unlike the earlier league encounter had no nail-biting finish as Academy went on to consolidate their lead.

A Macadie cross gave Weir a golden chance of grabbing an early advantage and he made no mistake from close in.
Fast-breaking Clach were always dangerous, but a combination of poor finishing, and sound defending by their opponents, meant they were never able to put anything into the "ingin' bag".

The visitors pressed hard in vain, in the closing stages of the first half and kept on working, despite losing a second goal, slid home by Sam Mackay, minutes from the break.

Halkirk United suffered an excruciating 8-0 quarter-final drubbing at the hands of league champions Brora Rangers who will meet Academy in a semi-final confrontation at Harmsworth Park, early next month, which, apart from having a derby spice, should help compensate Wick for that postponed New Year League tie, with a bumper crowd expected.