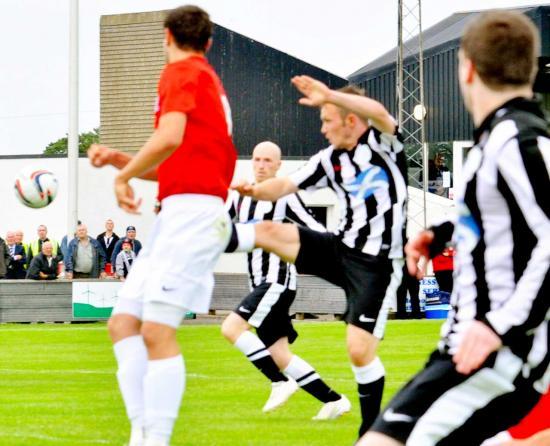 ACADEMY and their fans couldn't have wished for a better season opener than this, with Richard Macadie snatching the decider in the dying minutes.

It was essentially a game of one half as the first period was a non-productive tussle with Academy looking the more threatening. No real scoring chances until Gary Weir put the Scorries ahead, at just the right time, before the break. A bad-tempered element was creeping in and manifested itself in the second 45, with no fewer than three red cards and a well thumbed yellow card.

John Urquhart levelled, early into the restart before Weir restored Wick's lead and Deveronvale evened things again, from a Kyle Ray header in the ding-dong battle for the points.

With the game heading for a draw, Macadie latched on to a rebound off the keeper to give his fans and his club the perfect start to their season.