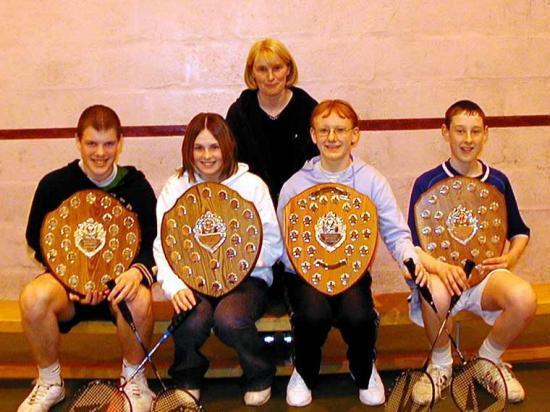 The names of Overall Club Championship Shield Winners are -

As there was not a big entry all five categories Singles, Doubles and Mixed were played on a round robin basis.   Steven Craigie, Wick took all 3 titles - boys singles, doubles and mixed Kirsty Grant, Thurso took 2 titles - girls singles and doubles.
[Badminton]
1/12/2001