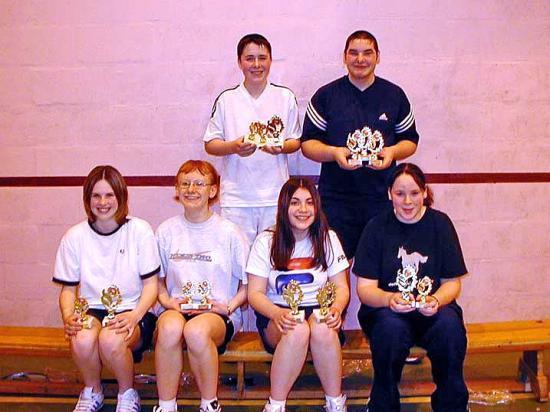 As there was not a big entry all five categories Singles, Doubles and Mixed were played on a round robin basis.

He then paired up with Stephen Hill to take the doubles. Craig Gunn and Graeme Sinclair (Wick) were runners up.

The mixed was the most keenly contested with Steven and club partner Aileen Allan coming from behind to take the title from Stepehn Hill and Lorraine Sinclair by 2 points.

Kirsty won all of her four singles matches to take the title with club mate Lynn Smith runner up and Wick's Lorraine Sinclair third.

Kirsty and Lynn then took the doubles title after defeating Lorraine and Aileen 2 games to 1.