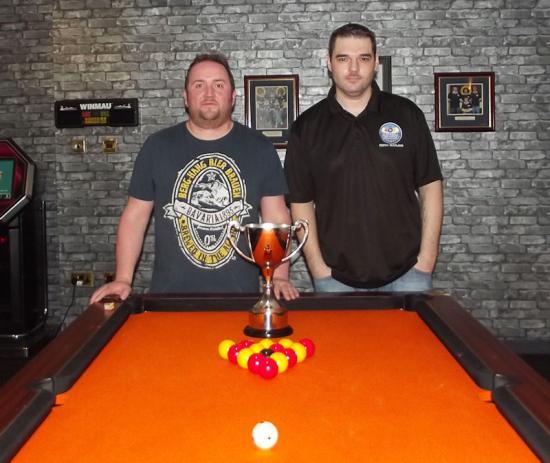 Camps Bar "2" players Ryan Carter and Bruce Honeyman have won the Bfest Annual Pairs Championship for the third year in a row.   The Blackstairs Lounge hosted the weekend event, where teams had to qualify from the group stages to make it through to the semi finals on the Sunday.
[Snooker / Pool]
1/4/2015