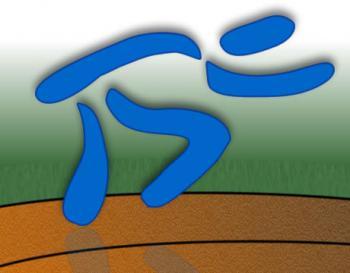 In 1957 some of the Territorial Army members in Wick decided to form a running group. These members, Sandy Gunn, Tommy Dunnett and Ian McDonagh to name a few got together and ran in road races all over the north of Scotland. The Ben Nevis one of the toughest races in the north was contested by them several times with many good times recorded. The group eventually moved to the Technical College Thurso, joined the S.A.A.A and became Caithness Amateur Athletic Club.

In the early 1970s younger members were encouraged to join and the club started competing in cross country meetings at younger age groups as well as the seniors. This was met with some success as many North of Scotland medals were won. With Sandy Gunn as chief coach and Ian McDonagh as club captain the club went from strength to strength.

1973 saw the first female members of the club and what an asset they turned out to be. The girls excelled themselves at the N. of S. championships and over several years they won countless medals and titles at cross country and track and field.

The club also had members at the N. of S. schools championships and they gave a good account of themselves representing Wick and Thurso. By now Sandy had built an excellent team of coaches round him and these proved to be an invaluable asset. A visitor to the club was Scottish coach, Frank Dick who was pleasantly surprised with the enthusiasm of the club. Frank was later made British Athletics coach and again visited the club to watch training.

Another important visitor was Mary Peters who had just won The Olympic pentathlon title. She gave a training session to the club and was very popular with the athletes. She started off the Mary Peters Running Track Fund to help the club build a tartan track.

During the 70s and 80s the club had several girls chosen to represent Scotland at the Celtic Internationals. The girls' team were in the Scottish Women's League and were in line for promotion in Division 2.

At the Queen's Jubilee, at Meadowbank, the Caithness girls' relay team represented the Highland Region and won the National Relay Trophy, which was presented, to Moira Spence by her majesty.

A first for the club was a high jump of 6' 1'' by S.A.A.A.'s youth champion Trevor Smith. Trevor later went on to win the senior title and was made a Scottish internationalist.

In the winter both male and female teams were making their mark in the N. of S. cross-country league.

The first Caithness Cub Scout cross-country championships and the inter school sports were started in 1980 and have been a great success since.

The first Ben Rha hill race took place in Reay and has taken place every April since, except this year due to the foot and mouth regulations. The Caithness marathon, the most northerly one on the mainland, ran for several years then was reduced to a half marathon and has been running ever since. The distance running group of senior members trains twice a week and also organise races among themselves.

Moira Mcbeath (nee Spence) after being awarded several international vests was chosen to represent Scotland in the 1986 Commonwealth Games at the 400m hurdles.

The spike top track opened in 1987 and was straight away put to good use by the club. The club changed their headquarters to Thurso High School where they still hold their meetings.

In 1989 the club joined the Grampian Television League and in their second year of competition they went to the Chris Anderson Stadium in Aberdeen and won the league final. The following year they retained their title with a win in the final in Inverness.

In 1995 Sandy Gunn retired from athletics and was awarded Master Coach by the Scottish Athletics Federation. This is the top award in athletics coaching.

Moira McBeath took over as head coach and has built a very knowledgeable team of coaches around her. Moira was awarded the Scottish Coach of the Year in 1997.

Get your team together and sign up for the charity sponsored Wick to Thurso Relay Race in Sptember 2013..
[Athletics]
24/10/2001

In 1957 some of the Territorial Army members in Wick decided to form a running group.  These members, Sandy Gunn, Tommy Dunnett and Ian McDonagh to name a few got together and ran in road races all over the north of Scotland.

If you contact this Sport, please let them know, you found them in the Sport.Caithness.Org