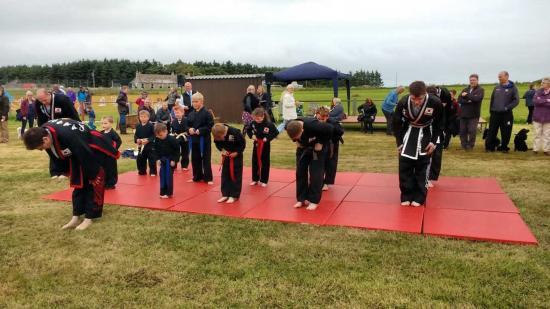 The Thurso group of Kook Sool Won put on a demonstration for the crowd at Marymas Fayre on Saturday 26th August 2017.