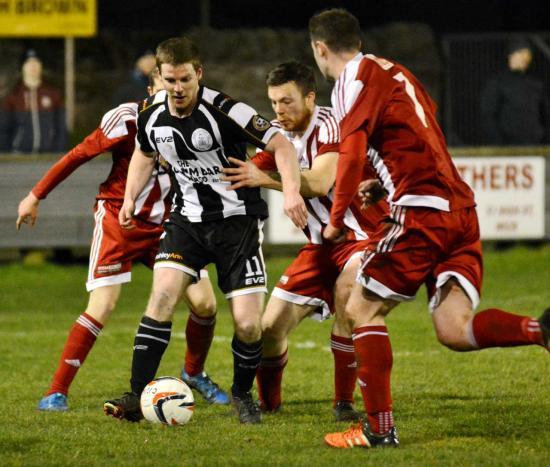 WICK will doubtless feel a draw would have been a fairer result given the work they put in to the 90 minutes.

United on the other hand needed all three points to stay in contention with the title challengers and will have been relieved to have shaded it.

The Pitmedden outfit, currently third in the league table to second place Cove behind Brora in top spot -a point separating all three -, have a tasty tie with the Dungeon Parkers on Saturday which promises to be a cracker.

Academy- Formartine clash at Harmsworth Park, last night, saw the well-organised visitors off to the best of the early pressure with both sides providing the fans with some frenetic and entertaining football. Chances went a begging for both sides as the Scorries hung in and the score sheet remained blank at the interval.

Davie Allan would probably have netted in the second half but for a timely defensive clearance and a brave tackle by the United keeper denied Gary Weir.

It was Formartines Garry, Garry Wood who broke the deadlock heading home a cross, with 20 minutes left on the clock and despite Academys continuing commitment, thats the way it stayed.

Man of the Match was Alan Farquhar. Team mascot was four-year-old Connor Manson.