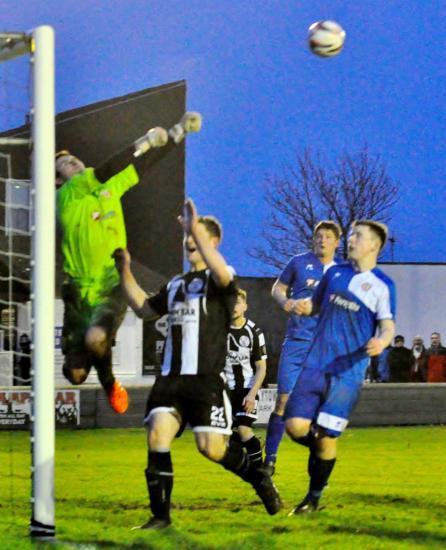 THIS was Academy at their creative best and while it is never wise to tempt fate in cup contests, the result must leave them with the confidence they can progress in this league tournament.

Rothes were powerless to counter the ever-increasing goal spate in the preliminary round, as Academys ruthless strike force ripped through their hapless defence, time and again.

Wicks early pressure did not pay dividends but it was not long before they converted their chances to goals, Gary Weir opening their account. Davie Allan made it 2-0 and Steven Anderson netted a third to put the Scorries in with a comfy cushion at the break.

The Rothes managers half-time team talk aimed at stopping the rot failed miserably as Weir bagged his second and Marc Macgregor and Richard Macadie put their long- suffering opposition out of their misery. Rothes managed to pull one back at the end, through Ricky Henderson, to avoid the whitewash tag.

Academy Supporters at the bottom end of Harmsworth Park were treated to a series of second-half corners and some nail-biting goalmouth drama.

Academy get down to the real business of the cup, the crucial clash following a long trip to play Cove, next month and that will be an acid test of their determination to see another trophy grace the boardroom sideboard.