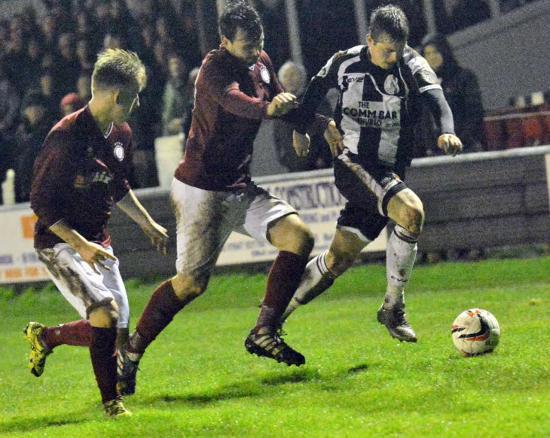 THEY thought it was all over... until Davie Allan demonstrated it wasnt!

His dramatic, last gasp, strike kept Academy in their Scottish Cup quest although it will be their turn to make the long trip - for the replay

The dejected Rose players trouped off the field in disbelief, last night, the Harmsworth Park roar ringing in their ears.

The Scorries were to regret missed chances in the first half when the visitors Colin Stickland opened the scoring in the 26th minute, but a Richard Macadie penalty soon afterwards, levelled things.

Minutes into the second period Linlithgow regained the lead after a McCarthy palmed ball fell to Kevin Kelbie who made no mistake.

As Rose wound down the clock on their 2-1 lead, it looked as if Academys cup dream was slipping away before the silent, Scorrie faithful... until that sweet, lifeline, beauty and from Davie Allan.

My man of the match, however, was Academy keeper Sean McCarthy. But for his consistently brilliant efforts, the outcome would have been an entirely different story.

THE fourth round replay at Prestonfield on Tuesday (December 22) with a 7.30pm kick off.