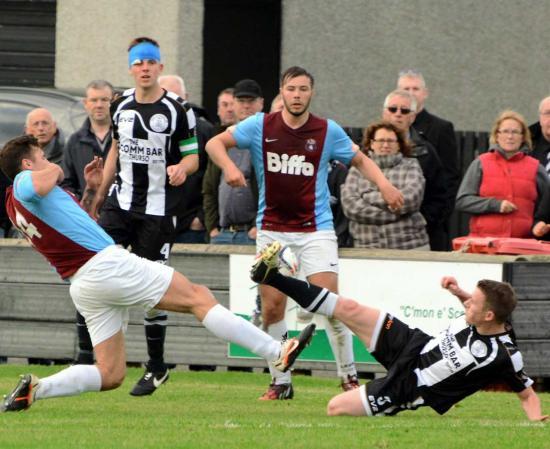 JUST when it look as if Academy had booked their place in the next round of the Scottish Cup, with a late decider, than opponents Whitehill Welfare delivered a party spoiler with an even later goal.

With the scoreline at one all at half-time - Gary Weir out-jumping the Welfare defence to even things with a well-placed header - there was everything to play for in the keenly-contested second period but as the clock ticked on, it seemed that a replay was the cards, until Stephen Anderson struck, forging his way through the centre of the Welfare defence ...sparking jubilation on field and among the Academy faithful.

Unfortunately it was not to be and Welfare's Connor Sculley netted in injury time, to leave Academy with that all-too-familiar Scottish Cup feeling of having it all to do again - on their opponents' home turf come Saturday.