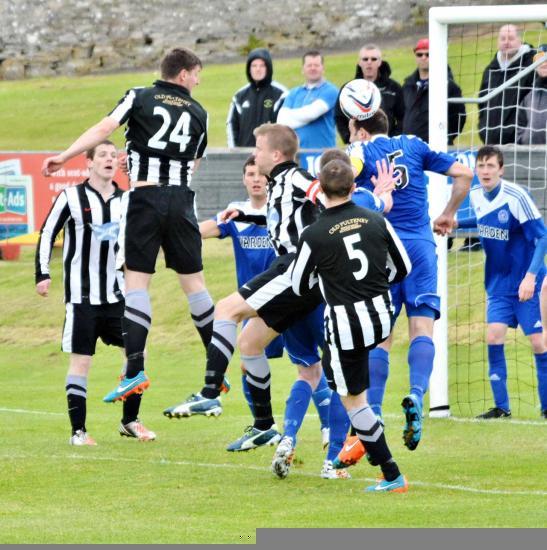 WICK ACADEMY bounced back from their opening Clach wobble to get their league challenge back on track.

However, it was a hard-earned victory in a game which saw both sides up for the points before a good crowd at rain-swept Harmsworth park, yesterday.

County's Anthony Wallace drew first blood in the 26th minute from close in and his side remained ahead at half-time although they lost Robert Duncanson to a double yellow card departure.

Davie Allan's perseverance paid off in the 53rd minute with a strike similar to that of Wallace's. A game that could have gone either way, turned, dramatically in Academy's favour when County keeper Calum Antell brought down the advancing Allan, in the closing stages and Richard Macadie made no mistake from the spot.

County finished the game with nine men after the keeper was red-carded.

The Scorries have another tough encounter come Saturday, away to Formartine, but will take some encouragement from having bagged their first three points of the season.