Blue do for Academy at the hands of the Lilywhites 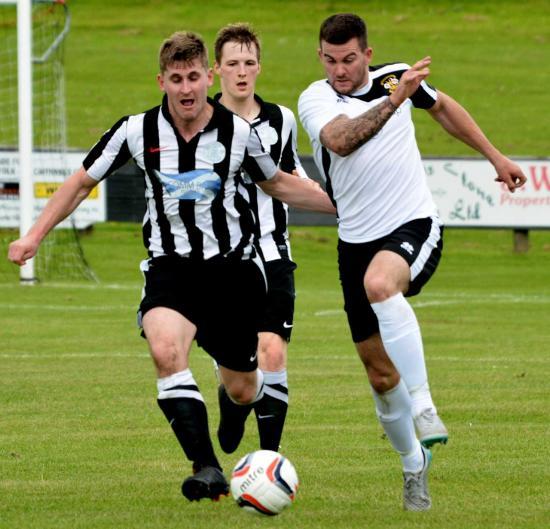 ACADEMY paid dearly for a first-half handful of chances that, for one reason or another, went abegging and recorded an inauspicious start to their league challenge.

Clach went on, in the second period, to punish the hosts with an emphatic, triple tally of goals, without reply.

Having seen off Clyde in a pre-season friendly and sweetly dispatched Brora from the north cup, fans were entitled to feel confident about their team's performance ahead of the opening game at Harmsworth Park on Saturday. However, the Lilywhites, with physically-bigger players and a well organised defence, proved to be more of a handful than Academy could handle, certainly in the second period.

A series of corners in the first-half, saw the Scorries knocking on the door of an opener but unbelievably, they got nothing from their efforts. Perhaps the less said about the second period, the better but the official record will credit Clach's Gordon Morrison with a hat-trick. Sponsors departed from tradition and awarded the Man of the Match accolade to the visiting goal-getter.

Had a controversial 'stonewall' penalty been given and produced a 2-1 scoreline, there might have been a way back for Academy but the beautiful game is riddled with if-onlys - would the absent Sam Mackay have made a difference - and then again, given Clach's performance, turning things around might just have been a forlorn hope.

Nairn County as Academy's next opposition will doubtless generate some frank post-mortem analysis in the Harmsworth Park dressing room as will the Scorries' next opponents in the north cup - away to, you've guessed Clach!