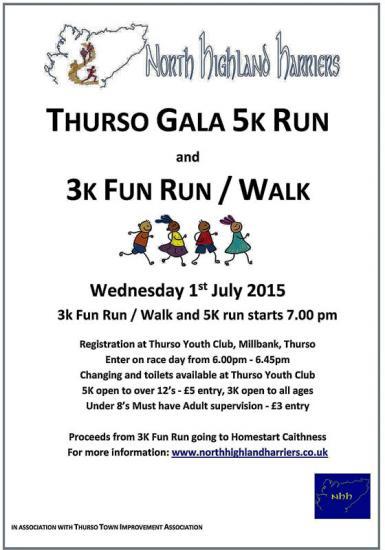 The most Northerly 10K on British Mainland.   The Castle of Mey 10K is the most northerly 10K on the British mainland, and is run in the beautiful grounds and surroundings of the historic 14th Century Scottish Castle, the Queen Mother's home in Caithness.
[Triathlon]
27/3/2015

Beach Run - On Sunday 27th July NHH are holding a 10K run along Reiss and Keiss Beach.   There will also be a short fun run through a series of flags will be about a mile for the younger athletes (although under 10 year olds should be accompanied by an adult).
[Running]
7/9/2013