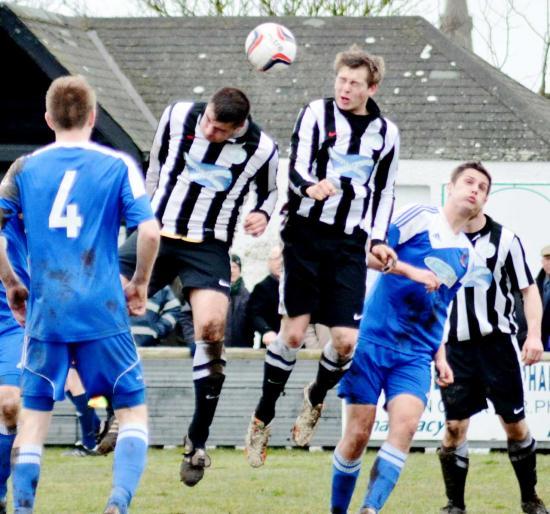 NEITHER side was able to claim a pre-cup-final morale-booster, leaving both clubs on an even footing for the big one, on Saturday.

In any case, it might not have mattered that much had either club emerged the victors, the cup being a contest apart.
Both teams had to contend with a soft pitch in a league game that won't rank as one of the most memorable at Harmsworth Park.

The Scorries were first out of the trap with a couple of early attempts, but it was the visitors who go on the score sheet, Connor Skully netting a gift in the 11th minute. His side nearly doubled their tally but team-mate Daniel Park scorned a golden opportunity, driving the ball over the crossbar.

Richard Macadie levelled for Academy, minutes before half-time and could have snatched the lead in the second half but failed to capitalise on a Davie Allan cross.

To me, though, Cove had the edge, looking the more dangerous outfit in attack, but this league encounter will fade into oblivion as the contagious pre-cup fever spreads and the countdown to the big one begins.

If fans can be said to represent the 12th man in a match, then they will certainly give Wick that weapon in their club's armoury, as their barmy army - battle cry, "black and white, dynamite", is expected to march on Grant Street Park, Inverness, on Saturday.

Can Academy bring home the coveted league cup to the Harmworth Park sideboard? It promises to be an explosive encounter!