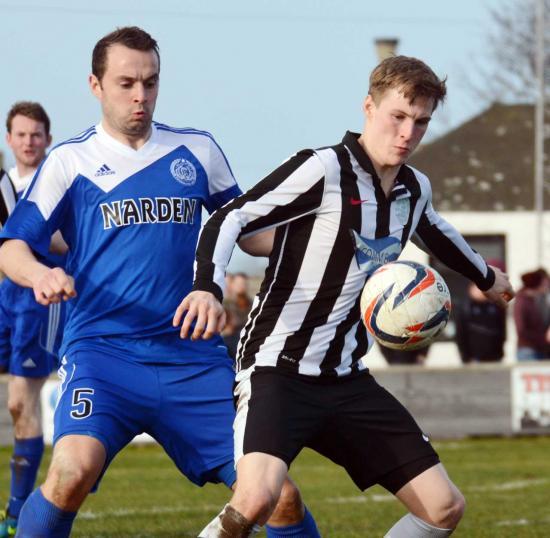 I have a message for the Wick team heading for an historic encounter with Cove in the Cup final...please don't leave it to the dying minutes to find the net.

The jangling of the Scorrie nerves was almost tangible as the the clock ticked all-too-quickly down at a packed Harmsworth Park, yesterday and it looked as if their Highland League Cup dream was slipping away.

WHEN....up popped goal-getting regular, Steven Anderson, to dispel the apprehensive mood and give the fans something to shout about and cling to the hope, that, with extra time beckoning, perhaps, just maybe, it wasn't all over yet.
Davie Allan didn't think so and decided to dispense with the extension to the 90 minutes, as he grabbed, arguably, one of the most important goals of his Academy career.

I was confident about Wick's chances, particularly when I overheard some Nairn fans chatting behind me, about their team's prospect, before the match got underway. Apparently, County were "down to the bones" team-wise, with a number of players unavailable, but there was no evidence of a sub-standard performance, quite the opposite.

There were chances for both sides in the the first half with neither reaping a reward, until an unmarked Paul Macleod nodded home a corner. County seemed determined to double their tally and put the coveted cup final out of Academy's reach.

Thankfully, Wick upped their game in the second period but frustratingly couldn't net any reward for their efforts until Steven Anderson brought welcome relief to the Harmsworth Park faithful in the 78th minute. Game on!... Academy could breathe again. Could they pull a scorrie out of the hat in extra time?

No need. Sparing the fans further nail-biting, Davie Allan drove home the crucial decider, a mere four minutes from time to the sound of the Harmsworth roar, to take Academy to a mouth-watering final at Clach's Grant Street Park ground on 11 April 2015.

The barmy army is coming, Cove!.