Strathspey left reel-ing as Wick do a jig of joy 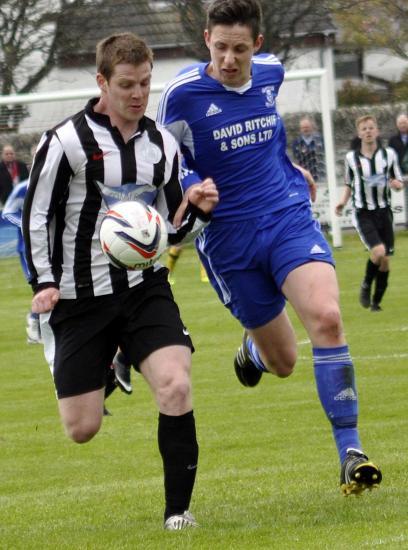 THE Scorries flew high in their seasonal swan song, serving the brand of football that has all to often been absent during the current match card.

While Wick were doubtless keen to demonstrate that they are a cut above a 1-1 draw against lowly Fort William, last week, the home team got an early scare when Thistle marked their card by opening the scoring in just six minutes, John Ross netting.

Surely it wasn't going to be an inauspicious last game for Academy keeper Michael Gray who is retiring. Nerves were calmed, however, when James Pickles replied, seven minutes later and Richard Macadie drilled No 2 on the half hour, to send his side ahead at the break.

At 2-1 down the visitors were still in with a chance....until the second period when Academy turned up the heat on their opponents.

David Allan hit a hat-trick, and Michael Steven made it six of the best - and an extra long trip home for the wilted Thistle.
Taking a little of the icing off the cake for Wick fans was seeing Alan Hughes being stretchered off with a suspected broken ankle, midway through the second half.

However, the Scorries demonstrated what they are capable of, and supporters will be looking for the qualities that have eluded their team this season - some consistency in performance and results.

The big question is....will it be the same side that runs out next season?

Manager Gordon Connelly and his assistant, Richard Hughes, have grasped the nettle and are insisting that all their players will play for Academy only, next time round.