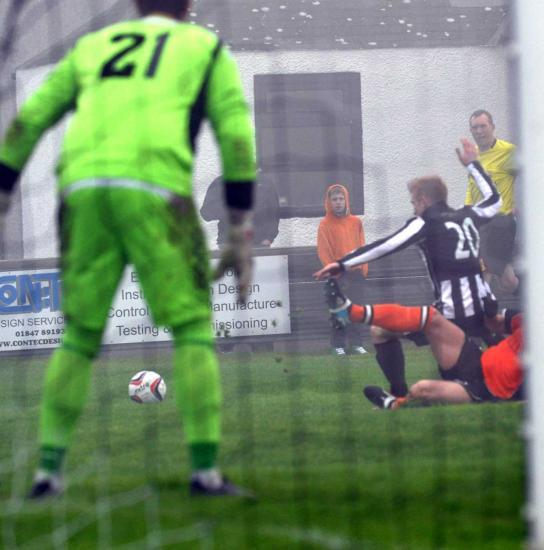 ROTHES must have felt cheated out of a share of the spoils as Alan Farquhar stole all three points for Academy with an excellent header seconds from the final whistle.

The decider saw the home side return to winning ways a after a frustrating series of games and they appeared at times, more like the team that wowed their fans in the earlier part of the season.

Both sides had chances in the first half, the Scorries being denied by on-form Rothes keeper Craig Ferguson. He did well to palm a goal-bound shot away but could do nothing to stop the follow up by Gary Weir.

Wick consolidated their lead minutes later through a Davie Allan strike but the game was anything but all over. Michael Steven mis-kicked and the ball disastrously ended up in in his own net to keep the Speysiders in the hunt.

The visitors evened things up in the second period with a speculative, long-range, high ball, from Rothes player Presley which fooled Michael Gray. But, proving the old adage that it’s never over, ‘til the fat lady performs, came that superb effort from Farquhar which sent the Harmsworth Park faithful home, singing.