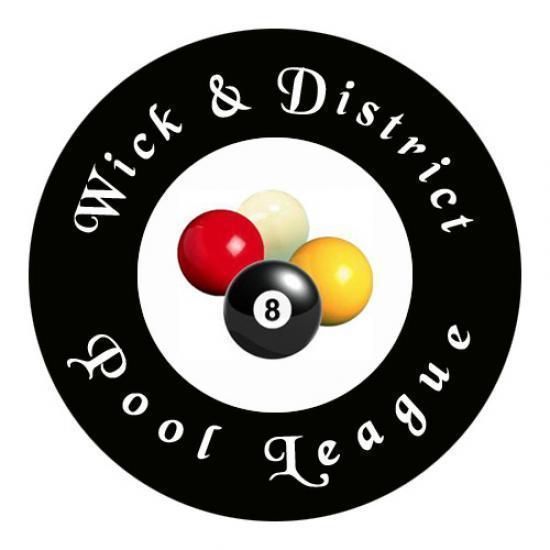 Steve Atkins' Bayview1 team remain at the top of Wick & District Pool League's division one after an extremely hardfought 7-5 win over Suzanne Carter's Camps1. Mark Alexander's 8-ball clearance in the opening frame got the Camps side off to a great start, but Bayview would win the next three to turn thing around.

The newly promoted Camps1 worked hard and would level the match at 5-5 against the experienced Lybster side. Bayview1 would win the last two frames to clinch victory, with Arthur Bruce their standout player. Bruce Honeyman's Camps2 side move up to second place thanks to an 8-4 away win against Ryan Cook's Blackstairs Lounge.

Some outstanding finishing from Alec Thomson was the main difference, in a match that was much closer than the scoreline suggests. Retro1 played extremely well to come back from 6-3 down to earn their third draw of the season against Crown1. The other match in division one saw Greg Simpson's SInclair Bay side make the trip out to Lybster as they faced George Zindilis' Commercial side. The teams could not be separated as it ended in a 6-6 draw.

In division two, Haprer's looked to be well on their way to clinching their first three points of the season as they took a 5-2 lead against Francis Street Club. Graham Harper's club side had other ideas as they would win the next three frames, with Ricky Hernandez potting a crucial black to level the match at 5-5.

A good performance from Duncan Williamson helped put Harper's back into the lead at 6-5 with one frame remaining. The conclusion to this marathon match was a nervy one, but Michael Mackay kept his cool to earn a draw for the Francis Street Club. The Seaforth Club hosted The Queens Hotel on Monday night, in a rivalry that stretches back four years. The Queens side got off to a great start as they raced into a 4-0 lead.

Craig Durrand looked like getting a frame on the board for Seaforth, but his excellent clearance ended in with the white trickling into the middle pocket. At 5-0 down, the club side finally found there form but it proved to be too late as Queens ran out 8-4 winners. The Mountain Dew kept up their impressive start to the season as they worked hard to secure a 7-5 away win against Bayview2. An 8-4 win against Crown2 saw Retro2 climb up the table to third place.